October 02, 2019
I think this is the longest I have gone without an update since starting this blog..... 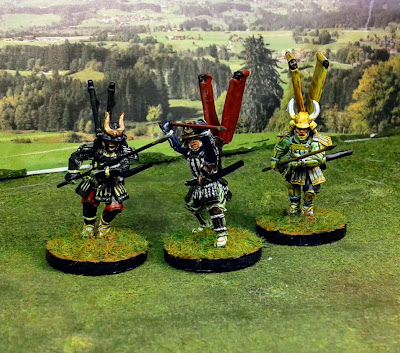 Regardless, life often intercedes to disrupt out hobbies.  (Fitting as hobbies are our wonderful distraction from life...)

I have not been completely slack over September.  I managed to paint my last three Samurai Warriors from Perry for instance.  I decided to do a repeat of the 'double sashimono' with three different colors.  For the spears I opted to try the Northstar 50mm steel spears I normally use for my 28mm ancients.  They work a little better for skirmish level than the larger pikes and lack the bendiness of the soft metal spears provided in the sets. 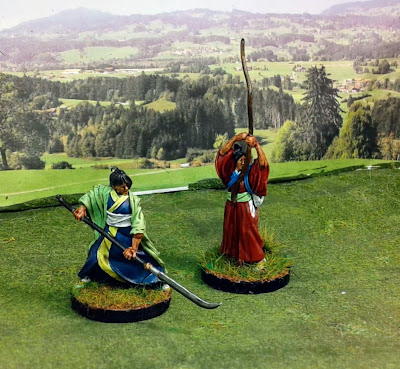 I am still playing around with the GW contrast paints, so the skin tones are fairly darker than the rest of the set. 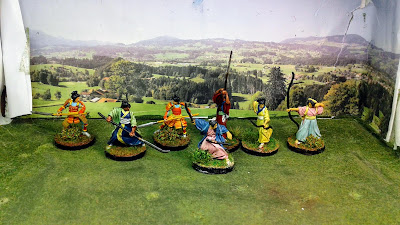 This is still my favorite set from the Warlord Test of Honour range.  I am disappointed that they and the Sohei sets are no longer available.  I saw that Grey for Now is selling the Northstar Ronin figures as well as Footsore models.  The sculpts are fine, but nowhere near the level of detail of the last few produced by Warlord.

I have a great deal awaiting completion, but not much more to post right now.  I suppose I need to throw it in gear if I mean to achieve my 2019 goals...