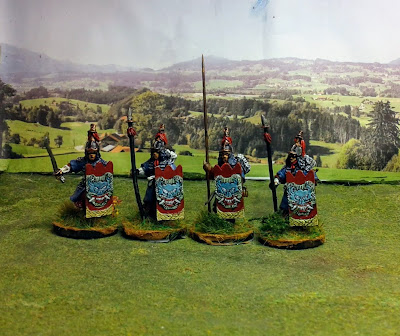 Four more heavy infantry with spear and shield join the army, bringing this phase of the project to an end.  I have been experimenting with using 120x60mm sabot bases for this collection, which works well with the 24 figure units.  I only purchased 12 of these figures originally, but managed to get another pack from The Warstore in their final sale. Three of the models make it into the unit as well as one swordsmen who now seconds and the unit officer.  I gave one a steel pike in the hopes of someday finding a source for standards.  (The ones on the Perry site are primarily for battlefield communication) 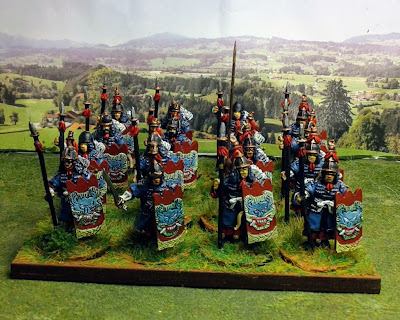 In fact that is the only thing missing from much of the army.  That will not stopping from setting the entire army out on display

There are three main contingents including the Peasant armies: 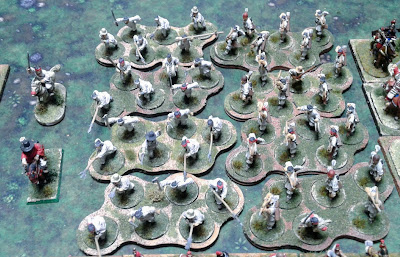 Then there is the Garrison troops with their rocket artillery 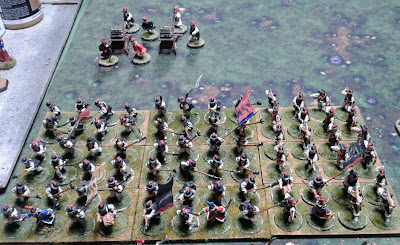 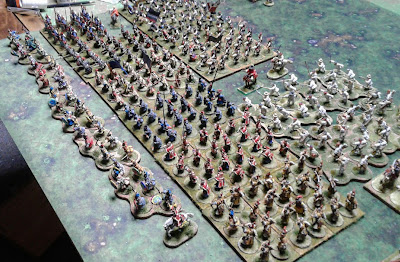 oh, and can't forget the cavalry 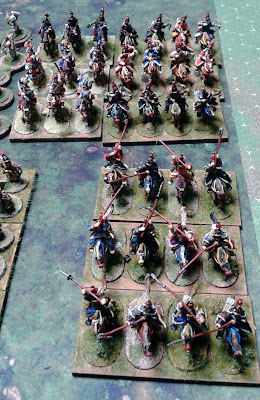 Speaking of the future, I am still at a loss for finding the right set of rules for this time period.  I have considered Lion Rampant, Impetus and To the Strongest (and used two of them), but there is a certain lack of 'feel' for the time period.  More importantly, these rules seem to focus more on point values and game balance than lending themselves well to scenario play.  I have Killer Katanas and some similar games, but they are more useful for the Sengoku era conflicts between samurai.  What to do....