Last of the Korean Cavalry 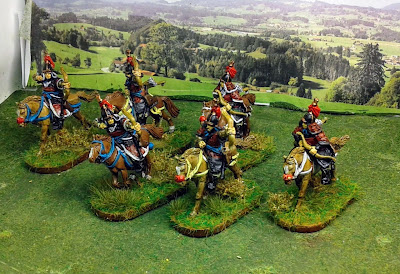 Well, the summer lull started early this year with trips to the midwest and the Kennedy Space Center.  (Mason and I had a chance to witness the first night launch of the Falcon Heavy, it is an impressive piece of technology.)

With a lot of time away from the computer, I suppose I need to update some of the figures I managed to get done in June.  The first of these, is my last unit of six Korean Horse Archers for the Imjin War project.  These guys were done in the same mix of colors as the flail-cavalry from earlier in June, and are definitely a little more subdued than their precursors. 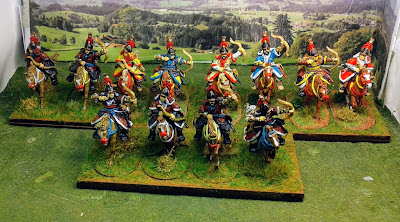 All told this brings me up to five units of Cavalry (8 for Impetus/To the Strongest!), and brings the core component this collection to completion.  Only a few 'unique' unit figures remain.  So after three years, I can finally declare this project complete.  Always feels good to move another one into the 'done' pile. 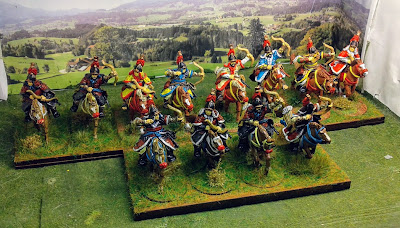 A lot of update and finish basing from June (Extended hotel time permitted a rate return to 6mm!), hopefully I will actually get around to posting some more.  Historically, that has not been the case for July.
28mm Imjin War Korea Perry Miniatures