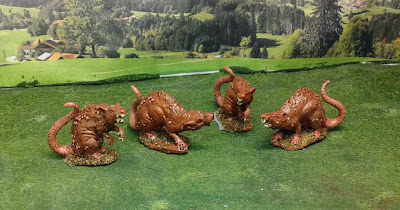 Part of the fun of games like Rangers of Shadowdeep is that they allow you to use miniatures that would otherwise not see paint.  The scenarios tend to call for small groups of oversized pests, which I don't have.  Thus I picked up several plastic accessory packs from the local hobby stores to fill the bill for the various nasties.  This includes some giant rats (above) and centipedes.  The bugs are not used specifically in the rules, but I could not find any 'giant flies'  Thus, these guys will fit the bill by skittering over the terrain rather than buzzing over it. 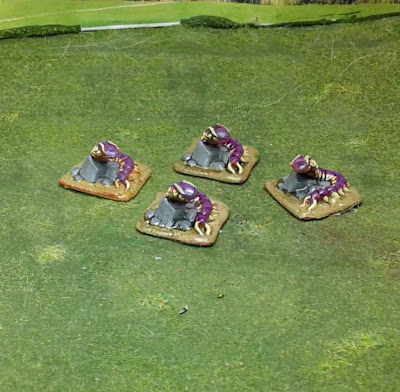 Giant spiders are another common foe, so I picked up these guys from one of the pre-primered D&D lines.  The first three were done in a basic tan based on the large spider that charged out of my terrain bin at me 15min prior to painting these.... 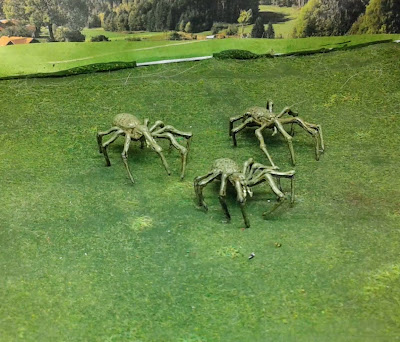 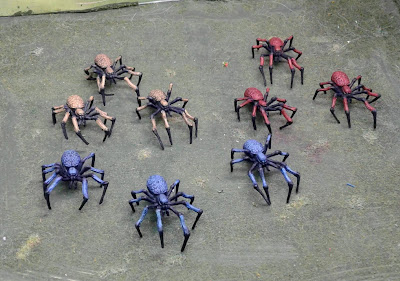 The game also calls for a Dark Root carnivorous plant with seeking tendrils to threaten the heros.  I found a plastic mini marked 'desert thing' and figured it would work well.  I based the tentacles separately to represent the grasping roots and filled in the holes on the body with shrubs.  The dark green makes it look like a plant rather than a beast, so I think this one should work. 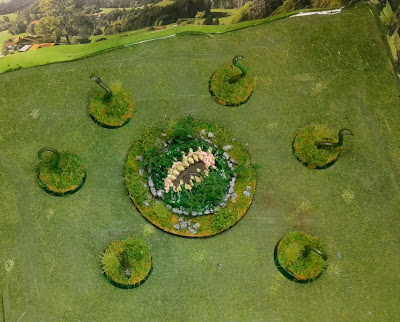 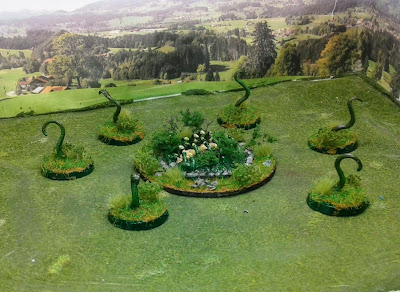 The more humanoid monsters are coming out of the bits box.  I converted a Test of Honour Plastic skeleton to a spectral skeleton that should work in a pinch.  I am really not a fan of the plastics for use in my Samurai collection, so the undead contingent will probably expand to include another 20-30 models in time. 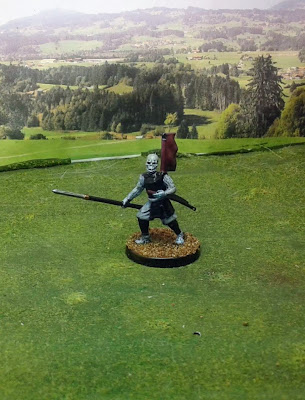 Related to the Undead Samurai I found a pair of plastic Oni while looking for the bugs that I thought would work quite well as the big-bads for a Samurai themed fantasy army.  These also make decent trolls for Rangers. 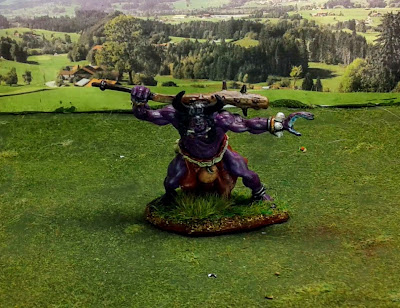 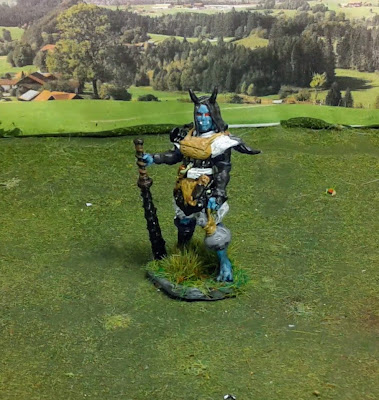 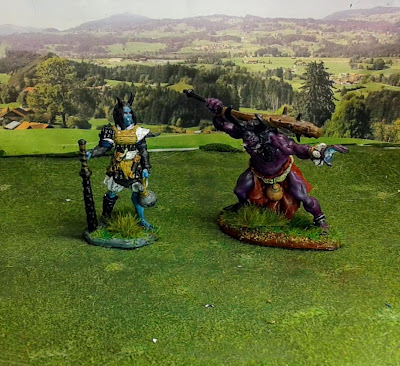 One scenario requires a knoll shaman.  A search of my old GW bits box brought up this old WFB savage ork.  A quick touch-up to the old paint job and he is ready to go. 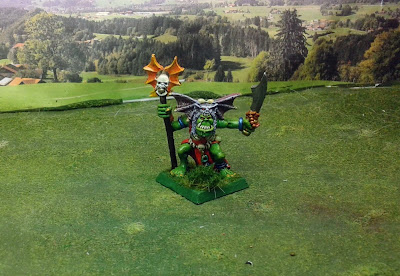 Lastly I finished another 'Dark Young' for the Runewars alt army I started back in January.  I'm sure I can find a role for a tentacled abomination in most fantasy settings. 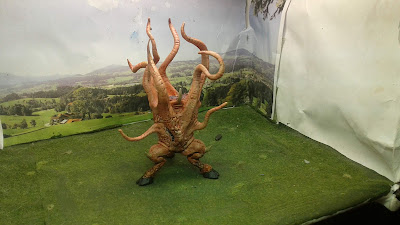 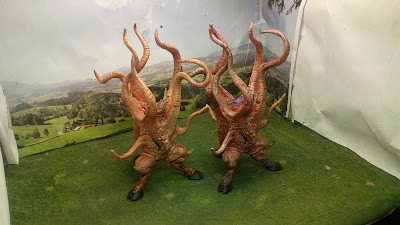 I am breaking down these updates into pieces, so tomorrow should be the Rogues Gallery of 'hero' figures I have done so far.  For those not interested in these fantastic diversions I will return to my regularly scheduled Samurai and Chechens in a few days.
28mm Fantasy Rangers of Shadowdeep