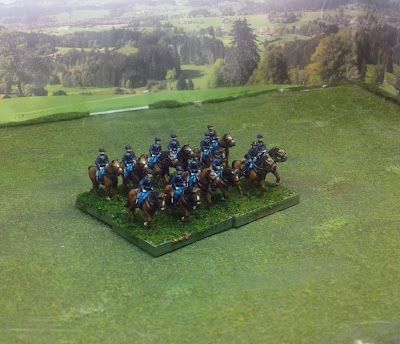 With all the emphasis on 10mm cavalry of late, I thought it best to revisit the small reserve of ACW cavalry I still have left over.  I currently have 4 regiments each of Union and Confederate cavalry in the collection, and want to bring the total up to at least 6 regiments each.  I have been holding off as I still need to procure the corresponding dismounted cavalry figures, but opted to tackle a few regiments now as I am ready for a break in the SYW project. 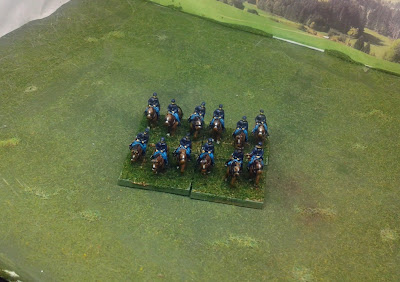 These are from GHQ's line, which is much more slight than other manufacturers at this scale.  The relative lack of detail made them a  relatively quick job to complete.  I am still waiting on a standard, as for some reason this is the one of the range that GHQ opted not to do cast flags for.  Instead you get a tiny, thin cast swallow-tail flag and need to come up with a tiny wire with which to attach it.  Not ideal.

I have been attacking my backlog of late, so the next spate of updates promises to be an eclectic mix at best.