Modena Curassier and the last of the Austrian Cavalry 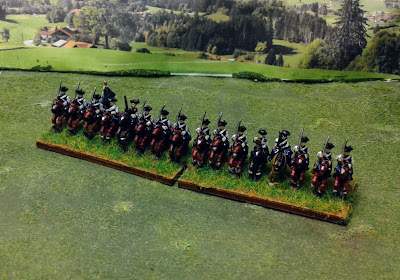 Rounding out the last of the Austrian Cavalry is Nr 18 Modena Curassier.  I picked this unit primarily because they are the only Austrian Curassier regiment I could find that has a uniform that was not White with red.  This actually works out well as they can easily be substituted for a Prussian unit at this scale without drawing untoward attention.

This is the last of my Pendraken cavalry figures, and as with the Prussian Lancers and Curassiers I find them easier to work with than their Old Glory compatriots.  The single piece castings are nice, and the the cast standard is much easier to do than my painted foil flags. 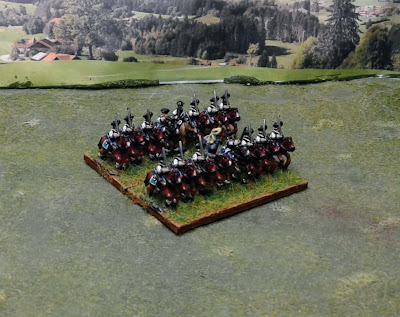 I am not quite prepared to go a group photo with all the completed Cavalry yet as I couldn't resist trying out the Austrian side for Chotusitz on the table.  Here then is that group:

For those not quite sick of this Seven Year's Project, I have but three more regiments to finish off the Prussian Cavalry.  They are next.
10mm Austrian Pendraken SYW