IR 16 Dohna and 18 Prince of Prussia to finish off my month of SYW. 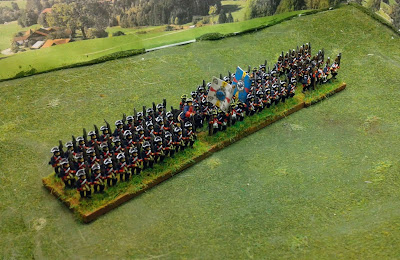 The 10mm SYW collection has dominated the painting table of late and looks to continue that trend for the next several weeks.  I am rapidly approaching the completion of all my available infantry, and the medium and heavy cavalry seem eager for their turn at the brush.  Rounding out the current spate of Prussian regiments I have two more joining the table:

IR 16 Graf Zu Dohna  was Present at Chotusitz for the WAS and several battles of the SYW.  They also have the relatively standard appearance of Red lapels and turnbacks which make them fairly easy substitutes for any scenario I want to look at. 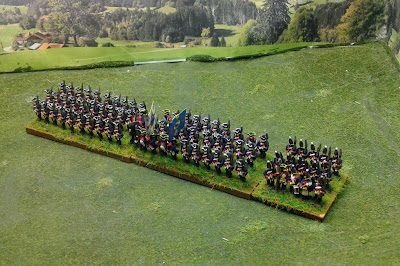 IR#18 Prinz von Prussia with their distinctive Rose Lapels was present for both Leuthen and Hochkirch which are on my "to-do" list for this project. 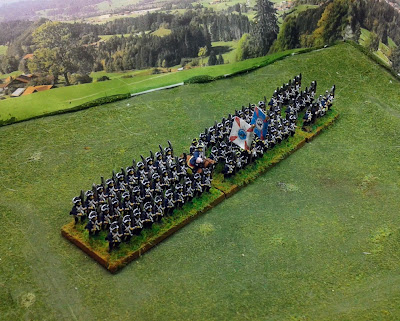 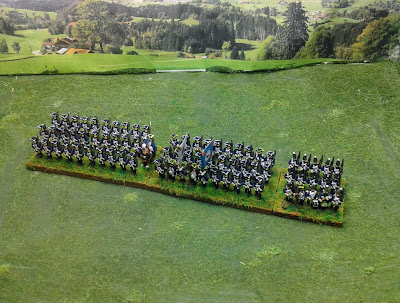 Adding the grenadier stands to the units has definitely made organization and painting easier.  In addition the are pretty easy to task organize into Grenadier battalions for the game table as well.  I am assuming I can use them in groups of three or four stands for the Regimental scale scenarios I am currently working toward. 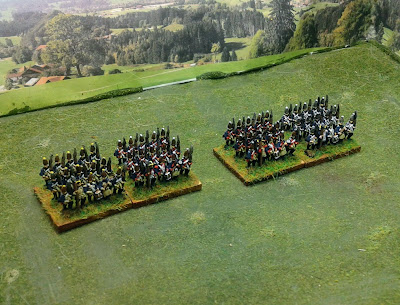