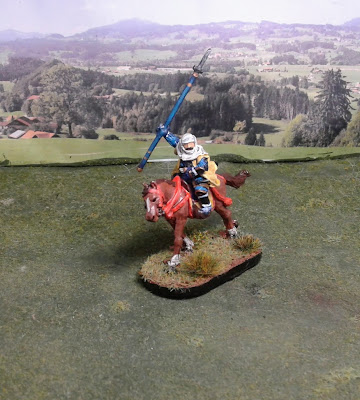 A rare command figure from me.  I finally got around to finishing this Perry "Uesegi Kenshin" model.  Much of my early inspiration for this period was derived from watching Samurai Epics like Kurosawa's Ran and a film called Heaven and Earth.  That film was a fictionalized account of the struggles between the Dragon of Echigo Uesegi Kenshin and his rival Takada Shingen (The Tiger of Kai) which culminates in the 4th Battle of Kawanakagema.

Kenshin was said to have worn the regalia of a Sohei Monk, which is reflected in the Perry Casting.  I took some artistic license and opted paint him up as a master from a Sohei temple.  I plan to use him to lead my Sohei contingent for now. I am hoping that Steel Fist  will get around to doing a more finely detailed sculpt in the future to do Kenshin himself. 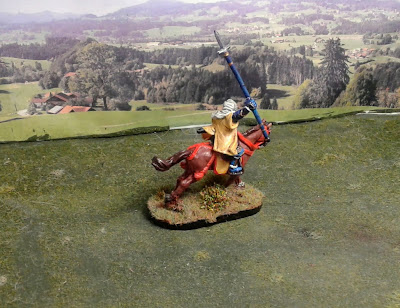 This of course puts the pressure on to complete my Takeda Shingen model done, perhaps in the coming months.
28mm Lion rampant Perry Miniatures Samurai