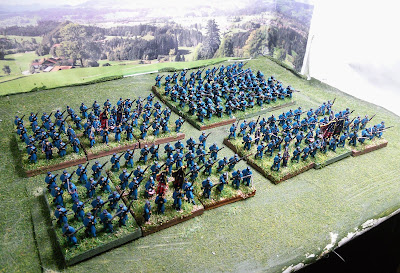 I finally got around to basing up the backlog of Union Infantry I painted while TDY back in October.  I picked up a few packages of Crackerline Miniature's Union Infantry in greatcoats awhile back to see how they would fit in with my existing GHQ models.  Overall fairly good. 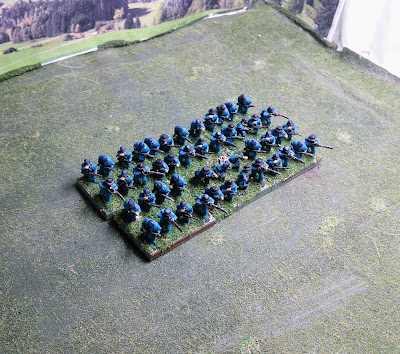 The figures are a little more animated and blend in rather well.  I don't think they would work well on the same base as the GHQ models have a more regimented appearance.  The standard bearers are cast without poles, and I still need to find some suitable wire that will fit the small gaps in the fists.  I may still opt to replace them with the cast-flag models from GHQ just so they blend in with the rest of the Brigade. 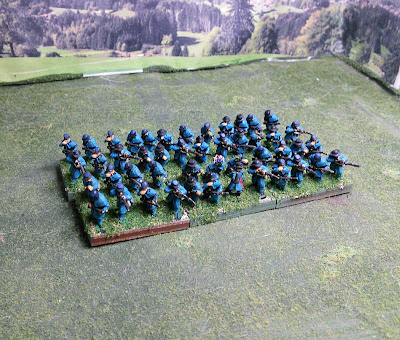 I already had three extra stands of infantry painted for this brigade, so it may grow to five regiments someday. Otherwise I still have a few regiments left to do to complete the other brigades.

Speaking of which, I also managed to finish another 24 dismounts for Wilder's brigade.  I decided to expand the unit so I have all four regiments configured to be either mounted or dismounted.  I still need to get a few more models to complete the horse holder stands, but they are nearly there. 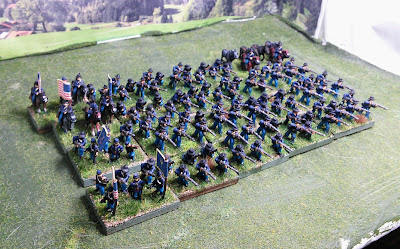