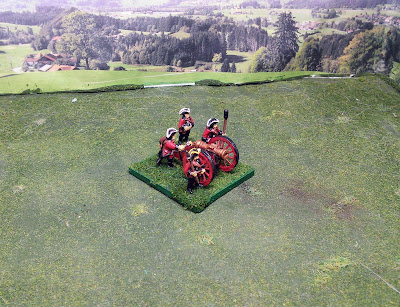 Two guns roll off the line to support the Zorndorf 2018 project!  Part of allure of collecting a Russian army to supplement Jonathon's collection is the opportunity to paint some interesting pieces.  To that end I ordered some Shuvalov "secret howitzers" and a pair of Unicorns from Eureka to start my artillery park. 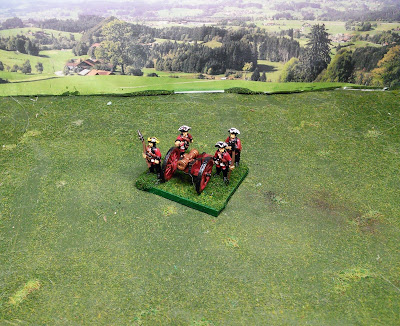 Blue Moon has not produced and gun models yet, so I order the guns from Eureka and used the Blue Moon crew.  I opted to use the later war white vests to provide a little contrast on the uniforms as the the pure red is not as visually interesting. 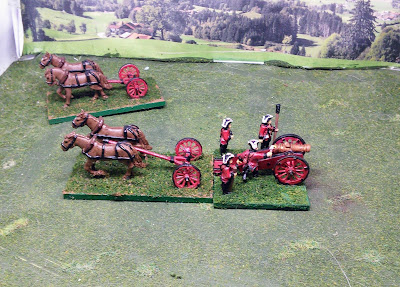 I also took the opportunity to pick up some of Eureka's limber teams to add to the mix.  I have horse drawn limbers for the small and medium guns, and some Ox-borne ones for when I get around to painting the 12 pounders. 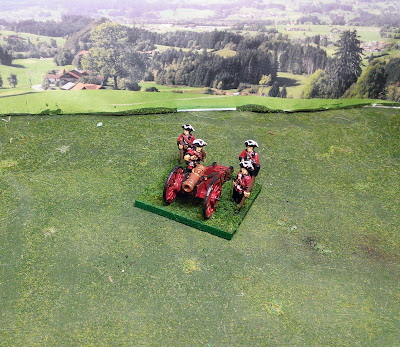 The gun carriages were a little large for mounting on 30mm wide bases, so I went with some 1.5" ones instead.  I may need to add some reference marks to keep from giving them any undue advantage on the table. 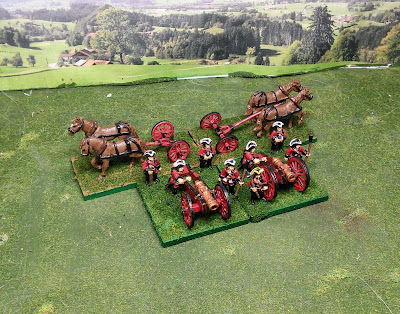