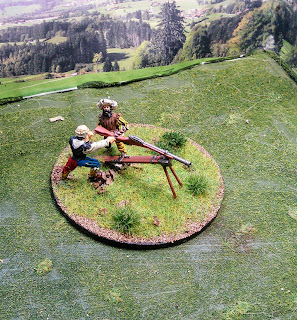 Another small project from the Italian Wars project.  This is a Handbuchse Light Gun from the former Pro Gloria (now Warlord games) Landsknecht line.  I thought it looked like a unique piece for the time period, resting between the smaller matchlocks, and the larger demi-cannon.   I suppose they would count at Artillery C for Impetus.  It is a relatively easy model to assemble, and the crew figures are somewhat animated.  I should probably try to put an ember on the gunner's match however. 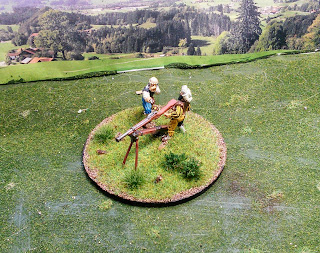 I opted to go on a 3" circular base rather than a Impetus base as I wanted to try out the flockbox for applying static grass directly to the base.  I think it turned out fairly well, so I plan on doing most of my 28mm basing with this in the future.  The 6mm figures are far too small for the static grass I have available, however, so they will continue to be flocked the old way.


I have not decided how to field them yet.  I have an extra barrel for this piece, so I am considering re-purposing some Foundry artillerymen to scratch together a second piece.
28mm Imperial Renaissance Warlord Games