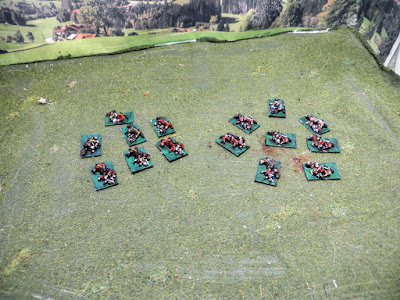 Clearing some more miniatures from the backlog, I have some Napoleonic and Feudal casualty miniatures from Baccus.  I have been playing around with these to get the right fit for my games.  I tend to use the casualty figures to note damage in single stand unit games, and to note where units had elements destroyed in games like command and colors.  I find it gives an idea of the ebb and flow of the battle.

The pictures above are the rest of the Austrian Casualty figures I started back in July of 2014.  I opted to do half as Austrian Cuirassiers and the other half as French Dragoons or Cuirassiers.  At this scale the color scheme alone works for the conversion and it allows for fair use.  I painted up some Adler French casualties at the same time, but they are all on the process of falling.  Thus,they will serve as disordered markers instead.

Also on the pile were these Baccus Norman casualties. 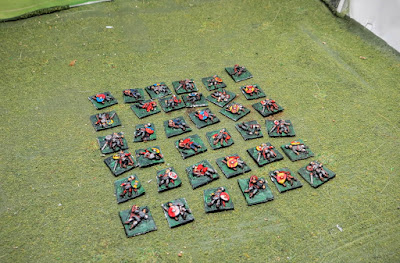 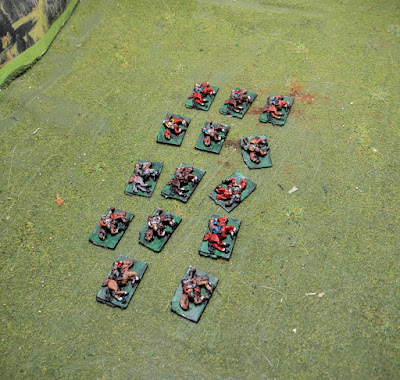 They painted up rather blandly, so I opted to add some color in the shields.
2000s 6mm Baccus Command and Colors Game Aides Medievals Napoleonics