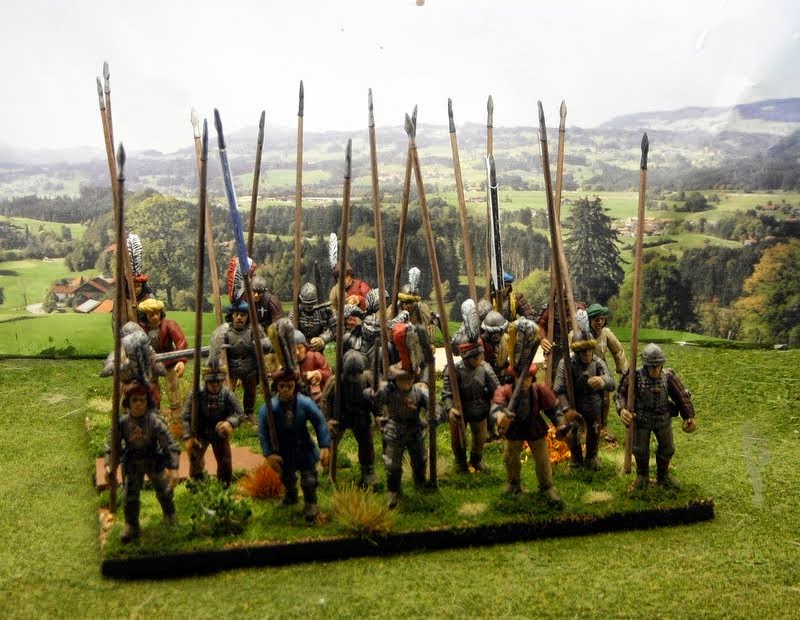 A couple more pike stands to join my growing force.  This time it is the balance of the figures from the Perry plastic mercenaries boxed set (plus a leader from my Foundry figures)  I used the same mix of Swiss heads that I did for the handgunners to give them a more modern look.  I wanted to have a group distinct from all of the Landsneckt I have done so far. 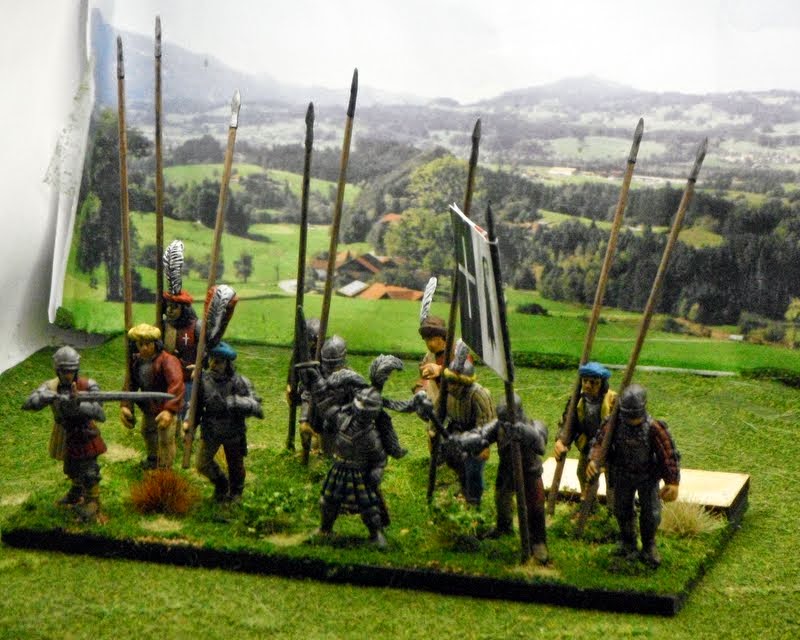 I originally envisioned doing these guys as mercenaries in service to Venice or Florence, so I opted to go with more subdued colors.  I used AP Royal Red and Skeleton Bone as the unifying colors.  The standards are just cut-outs from the sheet provided with the kit, and will be replaced in time with proper flags.

I was going to do up a group of halberdiers to join this unit, but the number of Pikes in the box is limited to 16 + 2 standard poles.  Rather than providing separate halberds, you get halberd heads you can glue onto the pikes.  The lack of a socket joint for these pieces makes it difficult to connect end-to end properly.  I have enough figures left over, that I am going to try and kit-bash together a skirmisher stand for my Impetus army.  Long term I need to pick up another boxed set as well, if only to get all three stands for an Impetus pike square. 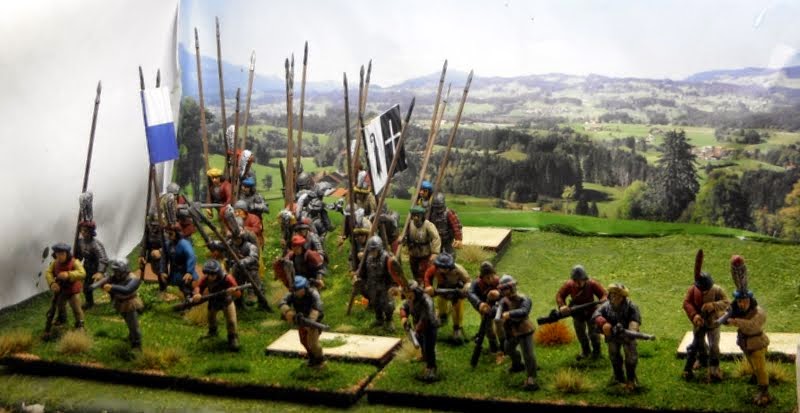