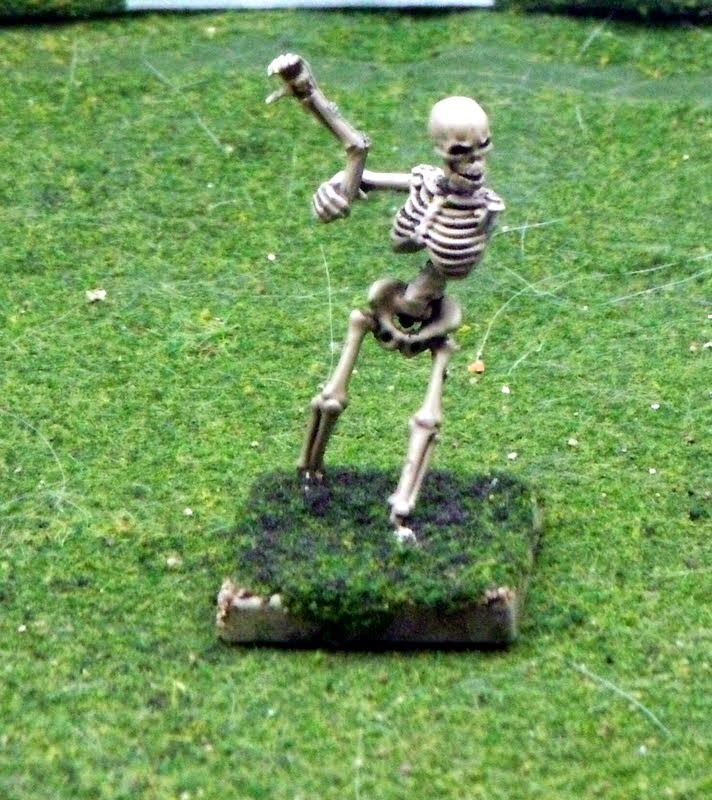 It seems fitting to close out the month with the other set of 'baddies" I did for some father and son Halloween gaming; these 28mm skeletons from Wargames Factory. 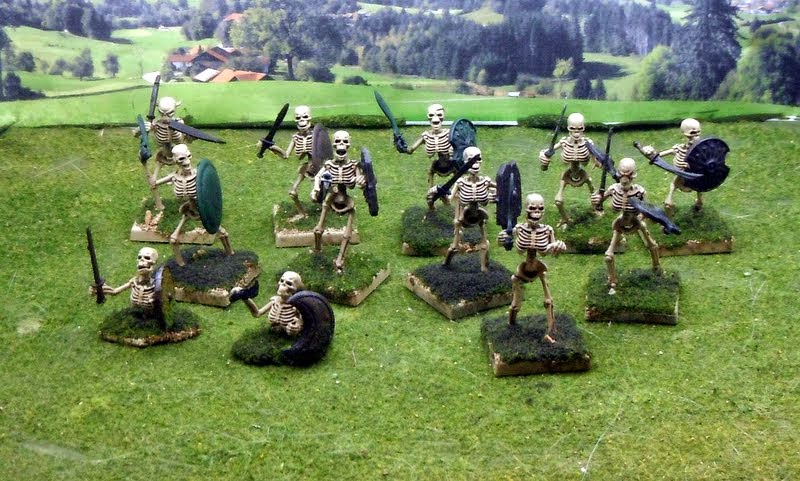 You get thirty models in this set, and they are done in the Ray Harryhausen style.  This includes weapons with a very ancient Greek look including curved swords and round shields.  There are some interesting additions as well, including the "erupting from the earth" stands which replace the models legs. 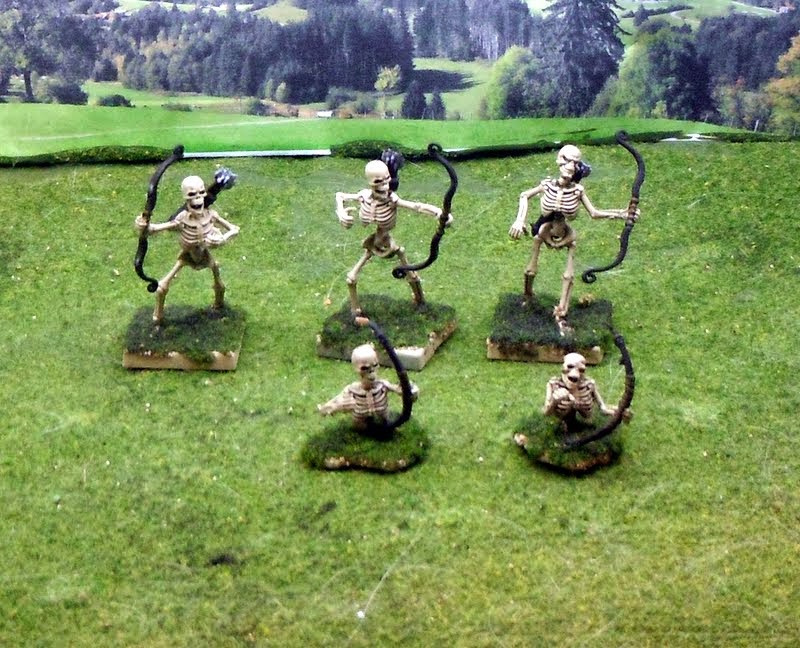 Speaking of which... This set allows for lots of customization with separate legs, torsos, skulls and arms for each model.  Combined with the wide array of weapons and it makes for a sizable dedication of assembly time.  The spindly stature (they are just skeletons after all.)  makes for some fragile connection and frustrating assembly moments.   While I like 28mm for Skirmish scale, these models are reinforcing my desire to use metal only for skirmish and base the plastic figures in large unit stands.
For the paint scheme on these I kept it relatively simple.  They were all undercoated with Army Painter Skeleton Bone, then a highlight of "Ivory" followed by a wash in AP Dark Tone.  The weapons are done in Nato Tri-Color brown with the blades in black with a dark green or rust red dry brush to reflect Copper Patina or Rust. 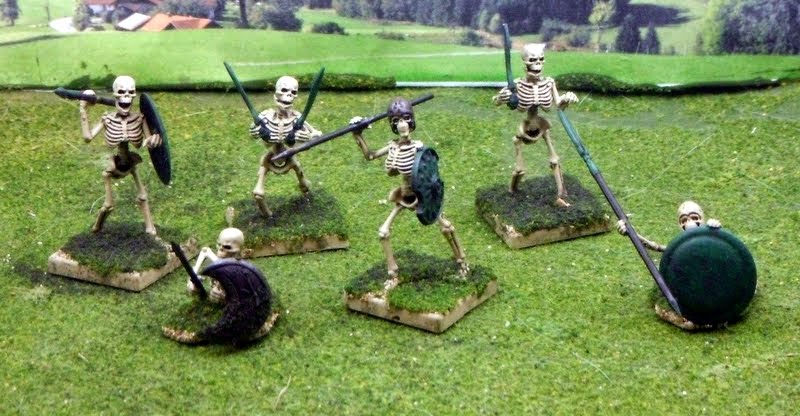 While preparing for this project, I also snapped up some "Reaper Bones" undead packs from a local game store.  The sculpts are fine, but you get three identical sculpts in each pack.  The quality of the plastic, however is severely wanting.  It is far too flexible and it took two coats of undercoat to get an acceptable surface to take paint.  The weapons are very flexible, so there is the concern of chipping due to fidgetty hands. 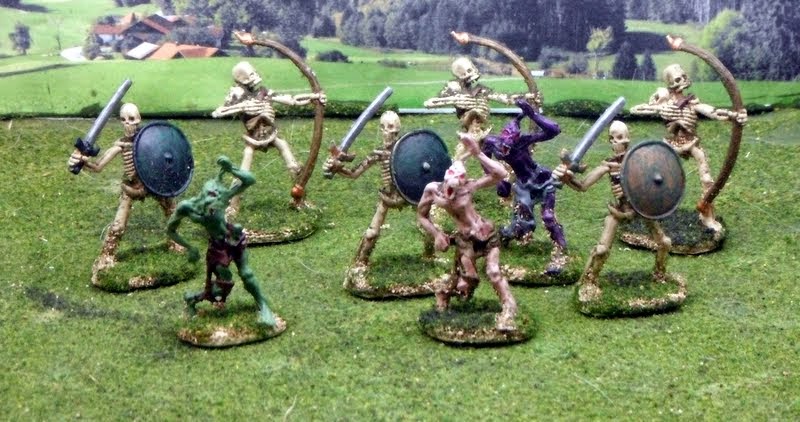 We have already the first three scenarios of our story, but I have not yet taken the time to write it down.  Suffice to say that I am thoroughly enjoying the opportunity to play with toy soldiers with my son.