Along with my other plastic sets, I opted to pick up a box of Gripping Beast Arab plastics to bulk up my Arab force.  The set comes with 40 figures with options for Heads, shields, bows and spears. In addition, there are some sword wielding arms and trumpeters to add some leaders to the mix. 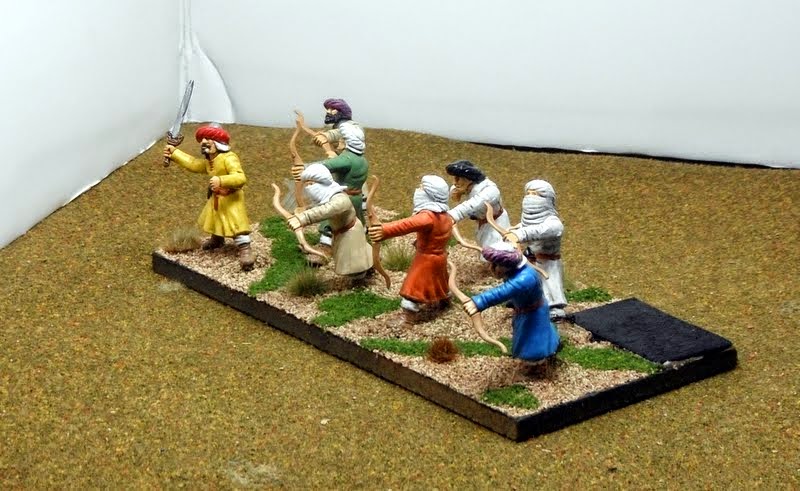 You get eight sprues in total, with Five torsos per sprue.  One of the nice parts is that three of the torsos are modeled with the left arm attached in a raised shield position.  Given my issues with the tediousness of assembly, this was a rather nice change of pace.  The only down side to this is that you are limited to 16 archers total as the bows are held in the left hand.  (Not an issue as the set only has two bows/sprue)  Additional left arms are provided if you want to do all spearmen.

I opted to paint the archers up first, and add two stands of Archers (T) to my Crusader/Reconquista generic Arab army.  I should probably have broken down one of the groups to two stands of Skirmishers, but such is life.  I apreciate the signifivant increase in quality in hard plastics we have seen over the last few years.  (As evidences by the Crusader and Spanish factions I have done.)  However, while they work beautifully for element based games, they leave much to be desired for skirmish games.  I have tried a variety of plastic cements, but I still come away with a few missing arms or weapons after each skirmish fight with my son.  Metals are much more robust and forgiving. 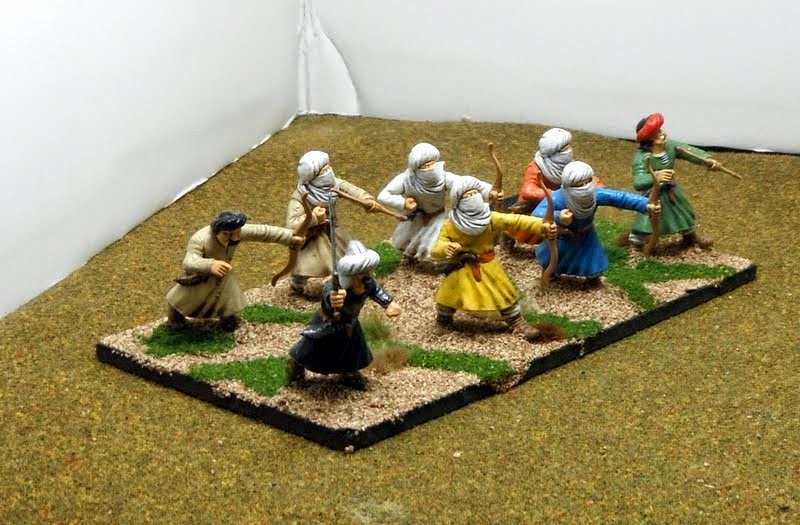 For paints, I base coated the Torsos/Arms in AP Skeleton Bone, and did the Heads in Armory White primer.  This provided an excellent base to apply the paints and helped give me the pastel shades I was going for.

I still have two stands worth of Spearmen waiting for their turn at the painting bench, but they will need to wait for the 6mm Poles and some others to clear them a space.