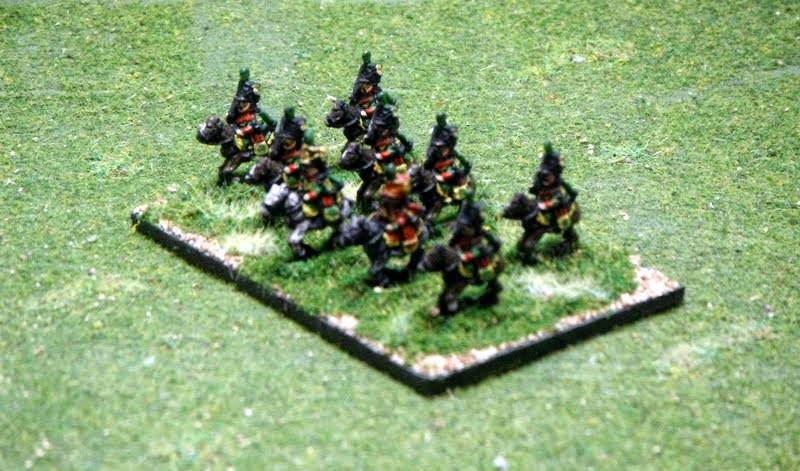 It's been a long month of travel from sea to shining sea, but now it is time for an update.  My German Ally march continues with the first installment of Baden Cavalry: The Baden Hussars.  These are the updated French Hussar sculpt from Baccus and is much better detailed than the old models.  Still not as detailed as Adler, but they do make for a nice group.  My "photo studio" is not working as well as it used to, so it appears to be time for an update there as well. 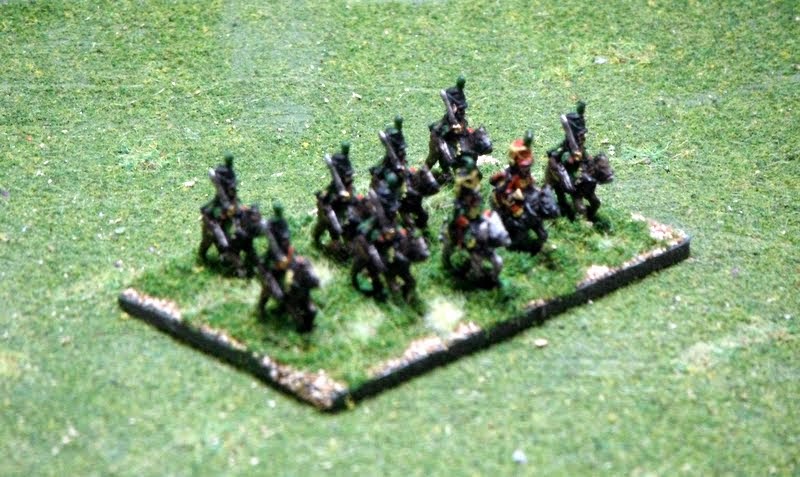 My Baccus Wurttemberger order came in during my absence, so I will be finishing the Baden Dragoons and Artillery before conquering my next Germanic group.
1809 6mm Baccus Baden Napoleonics